Recently Antena 3 has completely revamped its intercom system. This project has been leaded​​by Crosspoint with latest technology equipment from Riedel Communications.

This is the installation with the largest number of wireless beltpacks (100) Riedel have done to date worldwide. During the project had to readjust the Acrobat family design to accommodate that number of devices. Thanks to the involvement of Antena 3 and CROSSPOiNT, Riedel Communications units developed CC-60 and CC-120 controllers that connect the central matrix Artist intercom (audio via MADI) with all wireless beltpacks (up to 60 or 120 respectively) antennas via PoE.

These antennas operate VoIP on DECT. Furthermore include cell synchronization, channel coordination, imperceptible change antenna (roaming) and audio encoding and IP transfer. In this way each of two buttons beltpack uses a single port on the system Artist and operates just like a wired communication panel. The beltpacks are configured through the Configuration Manager software, which allows free allocation of any function keys including Call to Port and Call to Conference as well as multiple functions per key. All audio processing and commands is handled by the Artist system. 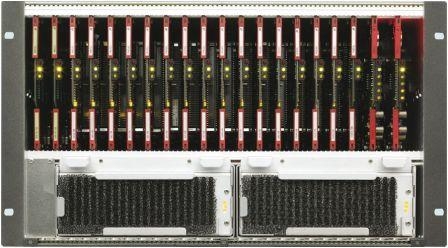 According to David Jimenez, Antena 3 engineer in charge of the execution of this project, “When we decided to propose the change not only needed renew but put a state-of-the-art system which we could integrate wireless communications and the integration of all kinds of ports around the panel, 4 wire, and IP, all within the same system. ”

“We wanted a system where anyone who had a beltpack could move around the house like a panel more. We also wanted all antennas formed a network. We put the requests on the table and Riedel agreed to develop, we focused on them and I can say that we have reached a very good product that meets our needs. We are now in production 6 Riedel frames which we installed cards for 271 CAT-5 panels, 168 4-wire ports, up to 104 IP connections to proxies or virtual panels, and 101 wireless ports with 60 antennas spread across Antena 3 “. 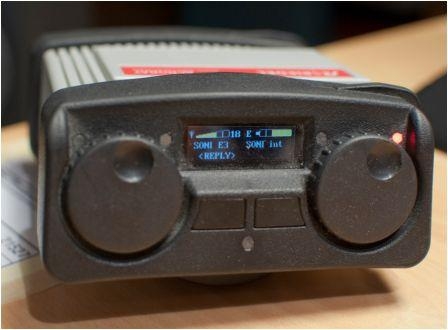 In words of Jimenez “All nodes are interconnected with a fiber ring, the security it gives us is that in the unlikely case of one frame fail we will only lose their services, the remainder continues to operate without problem. In this sense, we propose a balanced distribution of cards for security, so that there is always possibility of communication between different departments. Because of the infrastructure of Antena 3, we have centralized the entire installation in one location instead of putting each box near the area it serves. The launch has been very agile because Riedel Director configuration software adapts easily to any change in real time. This was one of the problems we had with the old installation, where changes had to be done at night. Now it is much easier and done in real time.”

When asked how he has been accepted by the wireless system, Jimenez replied “I think you can summarize that people can no longer operate without this. In fact anecdotally I can tell you that we are making changes in the Study-7 and have installed a mobile unit to service the set, we had to keep the Riedel intercom system with wireless beltpacks so had adapted well to staff, would not operate otherwise. So we integrated mobile unit within the system by installing several panels and beltpacks necessary “. 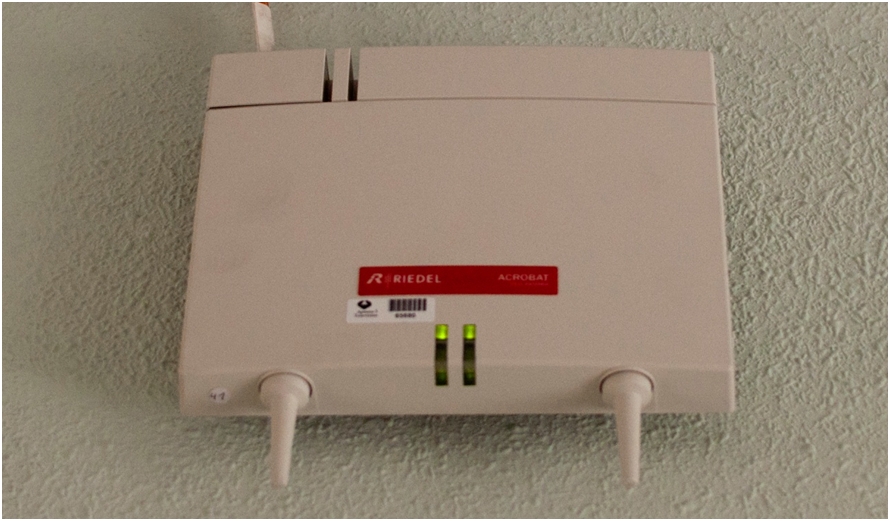 “We drove a thorough coverage because the availability we wanted was very high and our facilities are great and wanted total freedom of movement. In fact anyone can go down in the parking lot with beltpack and move from there to the farthest point of the house without loss of coverage at any time, all in real time and without any cut. Obviously has a little delay by the encoding, but not unless you have seen the person before, is totally disposable. The switching between antennas are completely clean and go unnoticed. For all the set services such as directors,, assistants, cameras, lighting, all the staff that was previously somewhat isolated and had to bring a panel with cable, now have complete freedom and everything is very fluid, because they can move how and wherever and stay connected.”

When asked about the system configuration, Jimenez says “We work with basic settings panels and the left part of IFBs more open, so that it could adapt each program to your needs. Although this part is always a bit more complex, in Director it is so easy how to make a drag and drop and drag whatever you want, either a 4-wire or IFB, is very visual. We take a nomenclature for operators knew if you knew IFB and which is the destination. First you say to each port that is and then just drag the button you want. The interface is a visual representation of the panel to assign functions to each button and view the status of each. There are also filters to locate the ports you want, whether for study, for beltpack, etc.. It is very useful because it reduces a list that would be immense and is perfectly ordered. The truth is that software Manager is a very powerful but very simple, you can visualize the actual status of a panel and see it in a graphical representation as if what you had before, you can even operate normally. Each box provides up to 4 connections to Director software so that different areas of Antena 3 can work simultaneously. We could even have 24 simultaneous accesses, which is obviously not necessary. It also allows remote access for support and maintenance of the work he has done CROSSPOiNT it has since its facilities, even in a hypothetical case could be connected Riedel from its headquarters to perform some action or check “. 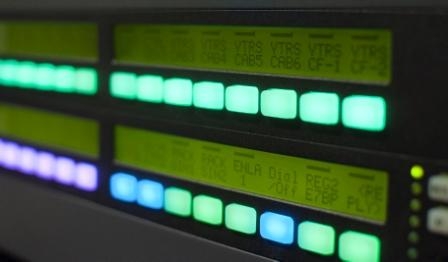 Jimenez concludes “Today there is such a mix of equipment, services, and ways of working in a broadcaster must adapt customer projects, it is very difficult for a system to 100% fulfill. Riedel commited to adapt their product and risked, they realized that we were asking us what they would find in other projects and understood as an improvement, which made them to involve a lot. “